About sustainable development with journalists. Oceanograf cruise from Gdynia to Hel

RV Oceanograf – a research vessel of the University of Gdańsk – is the most modern vessel of its class owned by a university in Poland. During the catamaran cruise from Gdynia to Hel we had the opportunity to hear more about its capabilities. The meeting was also an opportunity to summarize the passing academic year and to learn about plans for the next one.

The participants were welcomed the Vice-Rector for Student Affairs and Education Quality, Arnold Kłonczyński, PhD, DSc, Prof of the UG. This was followed by a press conference during which the University authorities summed up the passing academic year and presented their plans for the future with particular emphasis on recruitment for studies. The issue of achieving the objectives of sustainable development and transforming the University into a green university was emphasised.

In this context, the success of recent days is particularly important – the University of Gdansk took first place among Polish universities in the Times Higher Education Impact Rankings 2022, which comprehensively assesses the policy and activities of universities in the implementation of the 17 UN Sustainable Development Goals.

This ranking shows which way higher education is changing. It is no longer just about acquiring knowledge, but above all about certain skills which, by acquiring knowledge at university, you can put into practice and begin to change the world. The 17 Sustainable Development Goals are about a certain attitude to life, a certain state of mind, and about being in sustainable development, not just talking about it. It is about integrating sustainable development into our everyday thinking, because if we look at all 17 goals, the things we commonly associate with sustainable development, such as climate protection, environmental protection, clean water and modern energy, are obviously very important goals, but equally important are, for example, concern for personal well-being, a work-life balance, ensuring gender equality, equal conditions for decent work and responsible consumption. In fact, if we look at these goals, it is simply about a better world. The change that is taking place should encourage us to build a better environment for living on the planet around us, – says Anna Jurkowska-Zeidler, PhD, DSc, Prof of the UG, the Vice-Rector for Student Affairs and Education Quality.

The University of Gdańsk is also part of the European University of the Seas (SEA-EU) consortium, an alliance of six European coastal universities that are developing a new educational approach based on building an international, multilingual and multiethnic campus. Its aim is, among other things, to create fields of study. The Vice-Chancellor Anna Jurkowska-Zeidler, PhD, DSc, Prof of the UG talks more about cooperation between European universities:

The University of Gdansk was among the elite awarded in the first edition of the European Commission competition “European Universities” funded by the Erasmus+ Programme. The initiative aims to build transnational alliances of higher education institutions from across the European Union with a common long-term strategy and European values. So far, 41 European universities have been selected through two editions of the competition. The prestigious group of consortia includes 11 Polish universities. It is likely that on the map of future Europe, if we look at it from an educational point of view, there will only be European universities and regional, local universities. We are pleased because the University of Gdańsk was selected in the first competition and after these three years, I must say that we have succeeded in identifying flagship research areas that are precisely related to the sustainable development of maritime areas.

At SEA-EU, we have developed a pilot programme for an undergraduate course with topics related to the Sustainable Blue Economy. We are also working on a Master’s course in Susnainable Management and a PhD course focused on Marine & Maritime Science & Technology.

What we succeeded in SEA-EU is that we really started to think of ourselves as one community, an international campus – it took us a long time to get to know each other and to identify together – but it worked. Today, the fact that at successive meetings of our Alliance, six rectors from coastal universities meet together with their teams and we feel comfortable with each other, we talk about how to develop mobility and education together, and we have a lot of common ideas for the future, it makes us really grow and consolidate – explains Anna Jurkowska-Zeidler, PhD, DSc, Prof of the UG, the Vice-Rector.

The journalists also had the opportunity to find out more about The Professor Krzysztof Skóra Marine Station in Hel, which was presented by Iwona Pawliczka, PhD, the Station’s Manager. An additional attraction was the opportunity to watch an on-site seal show. 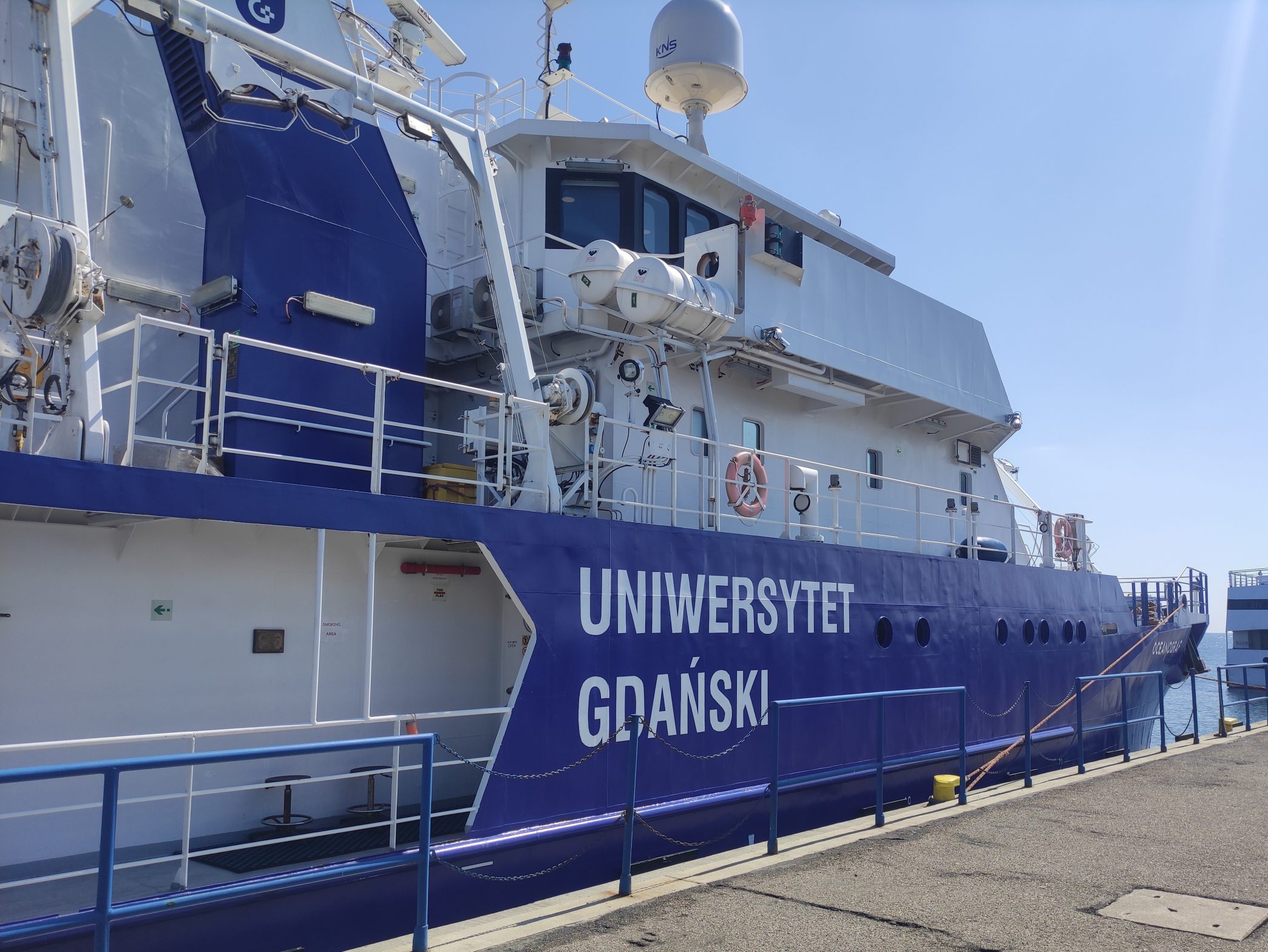 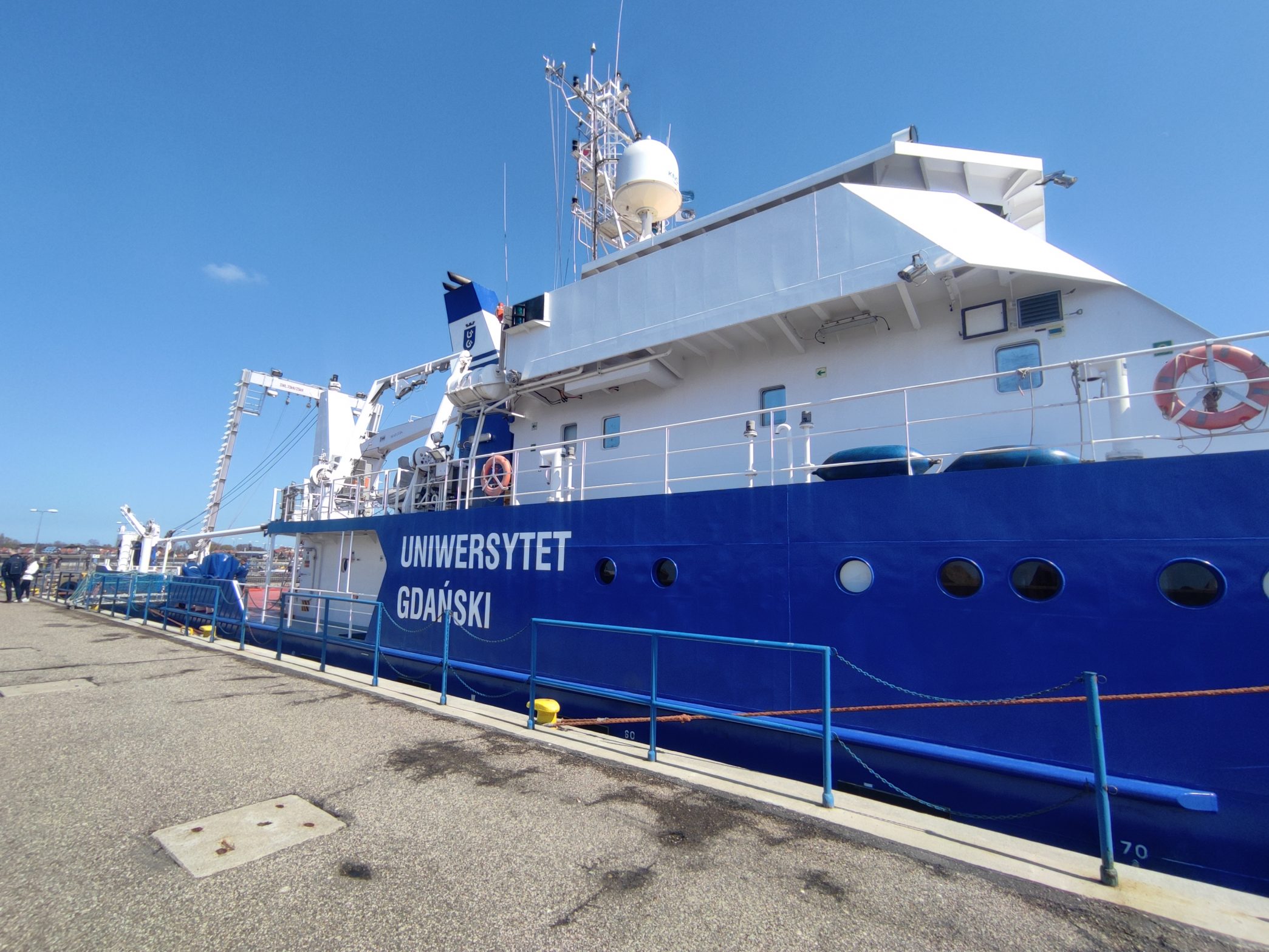 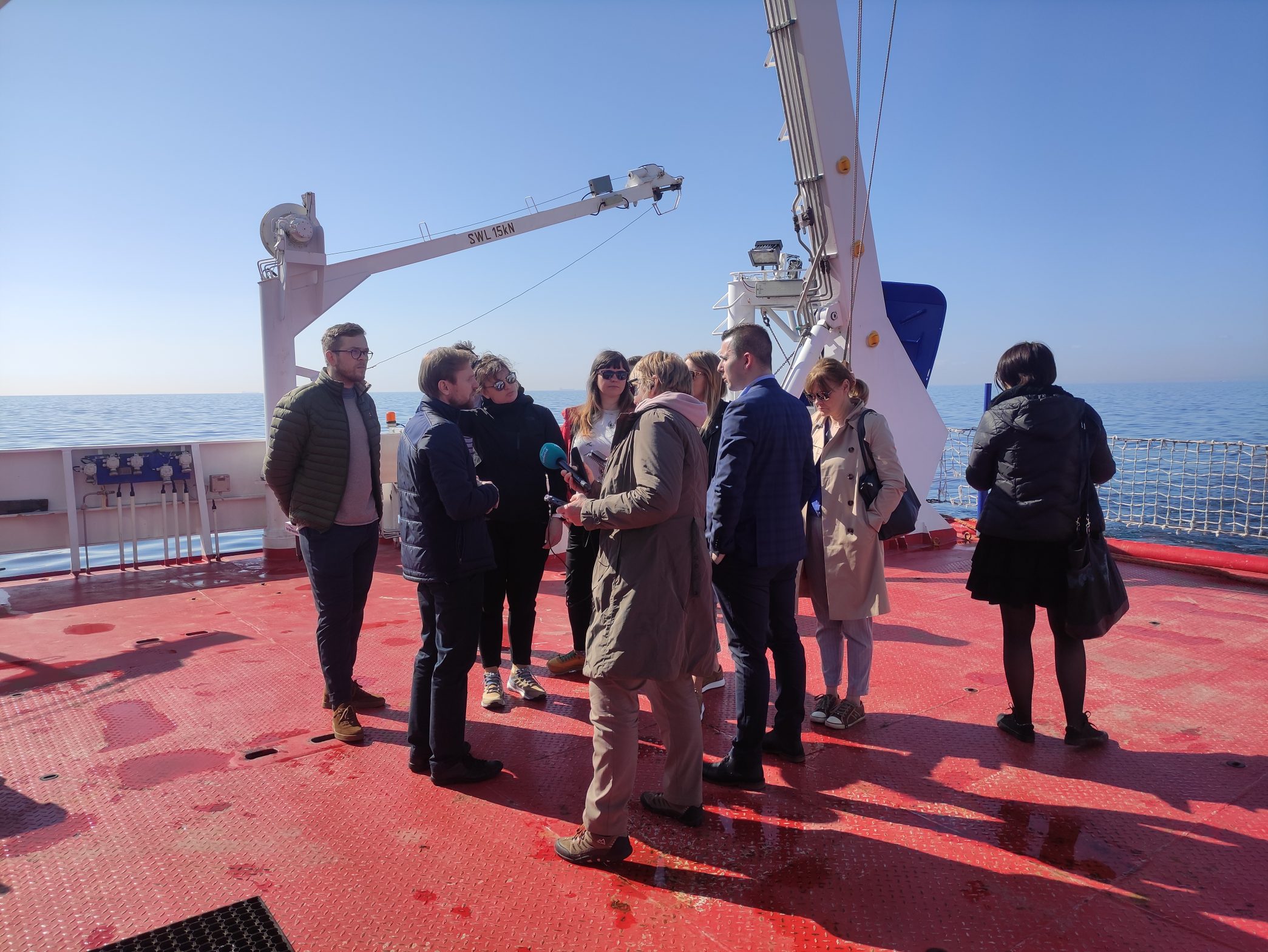 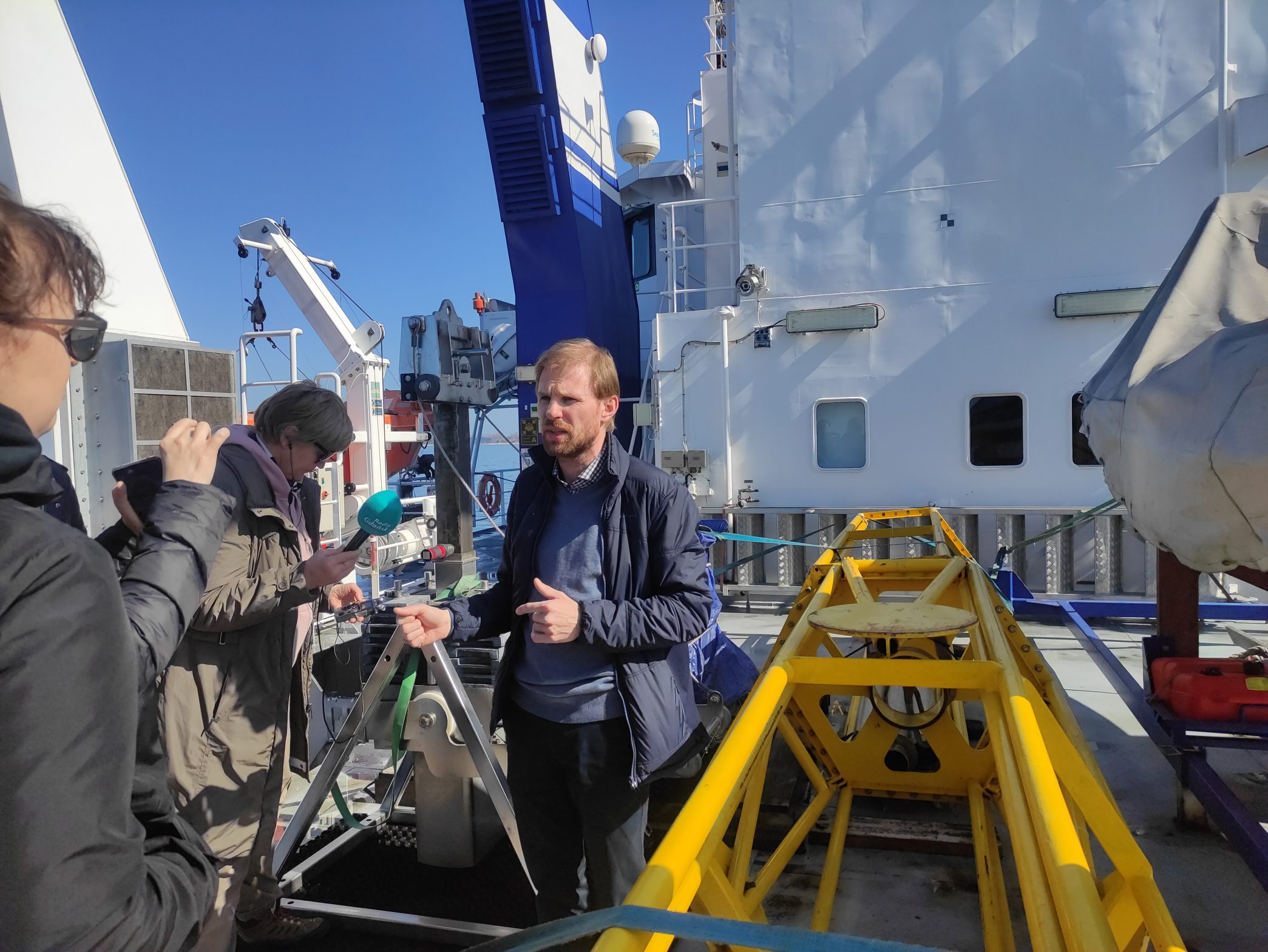 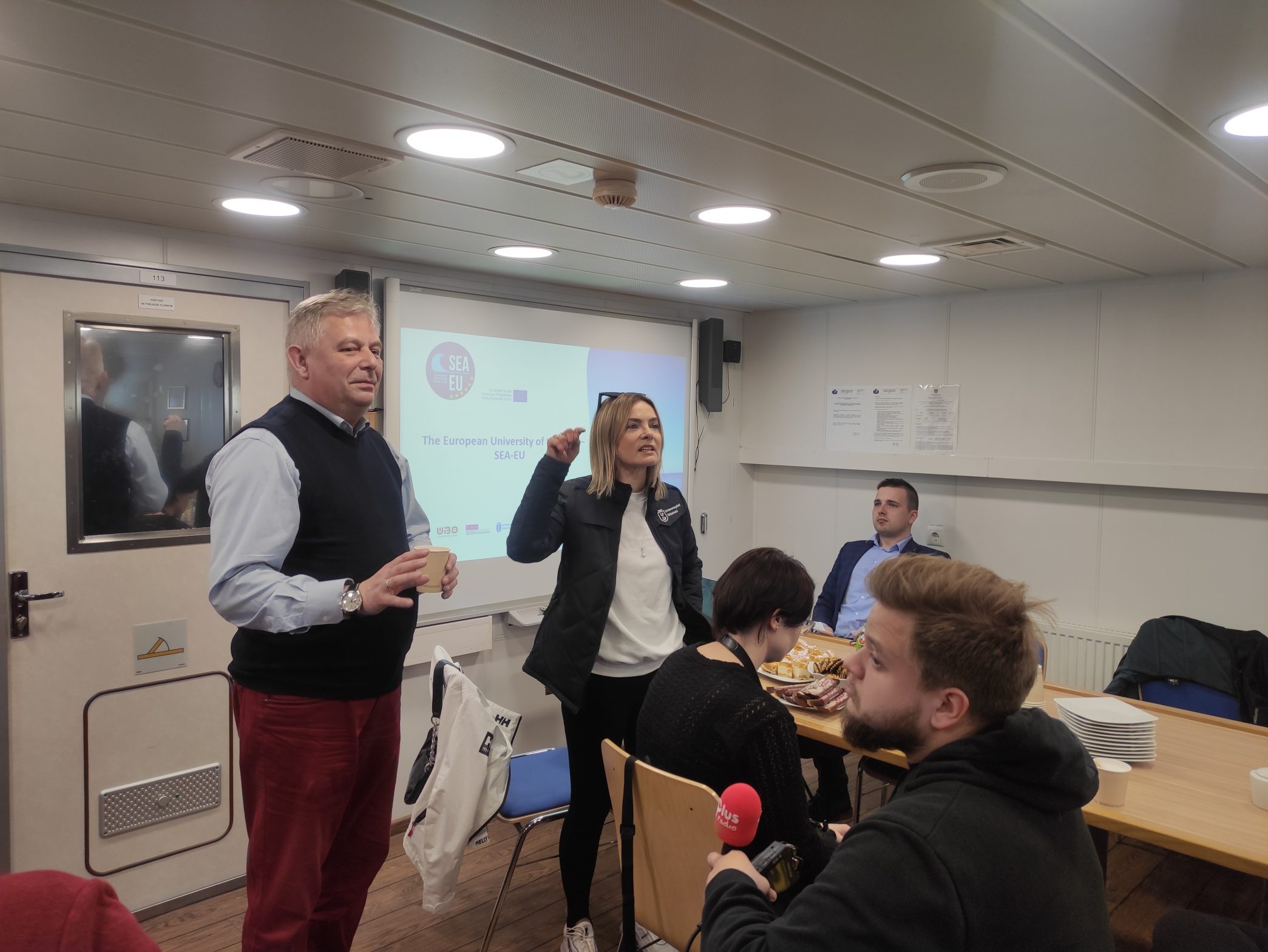 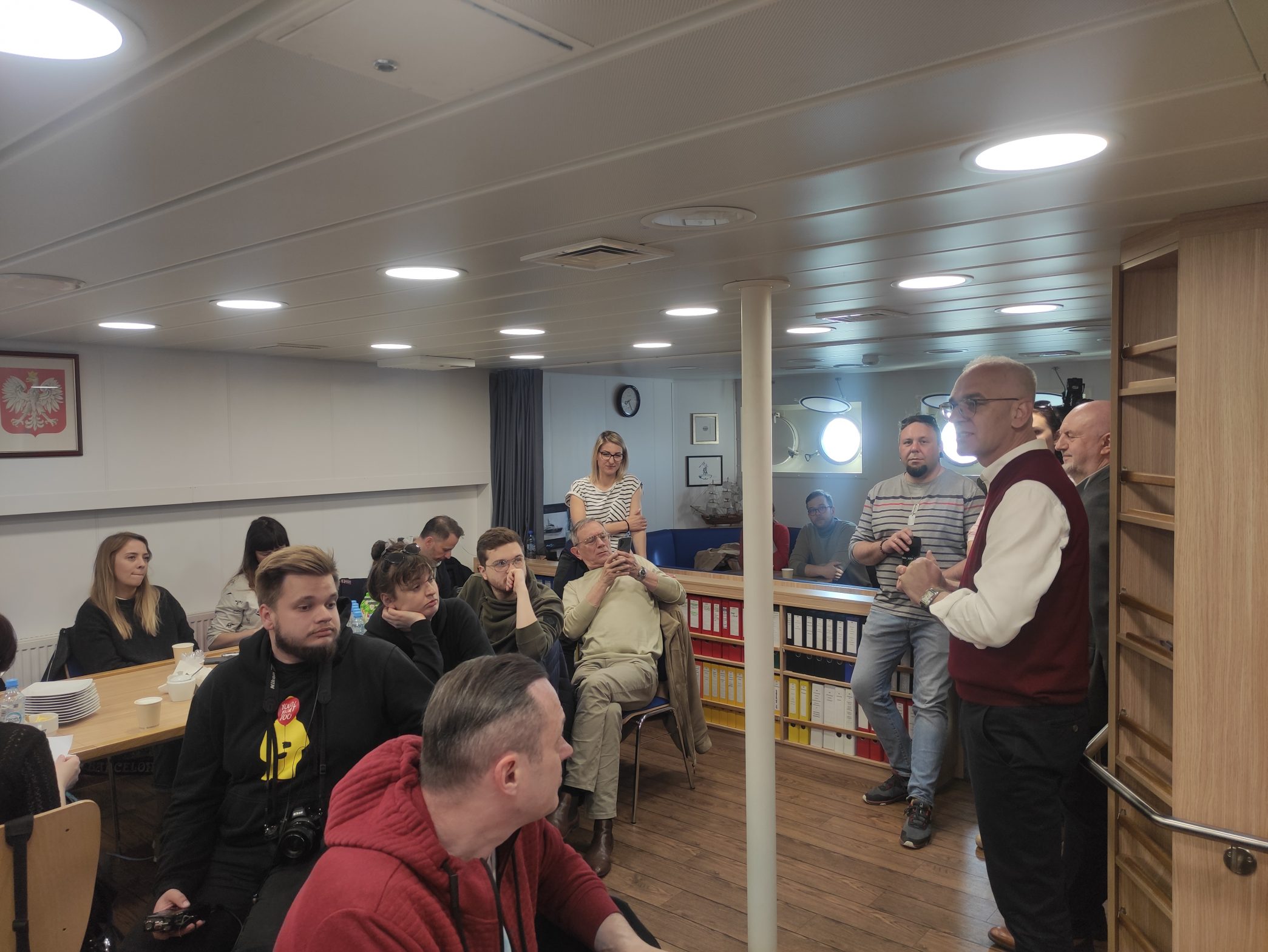 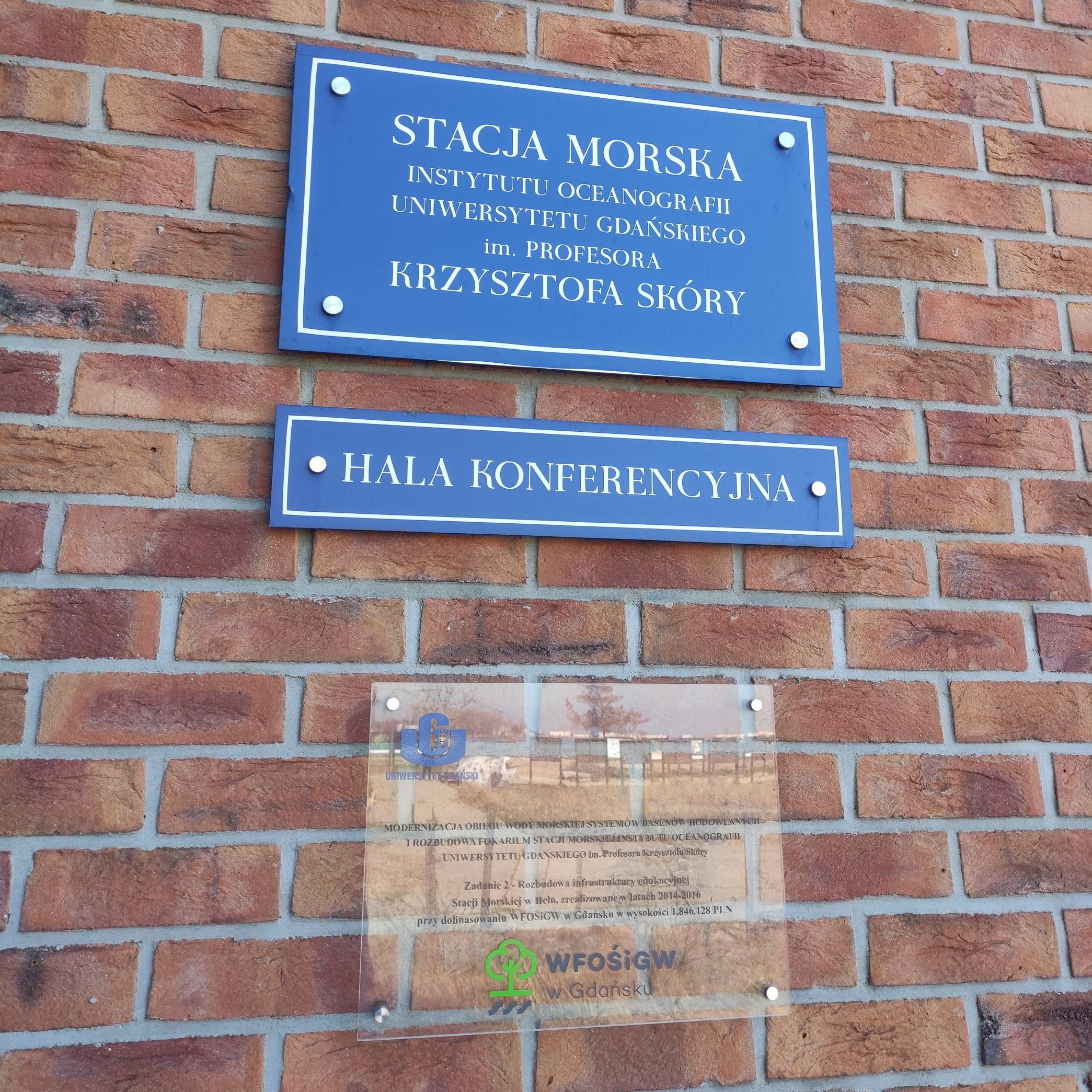 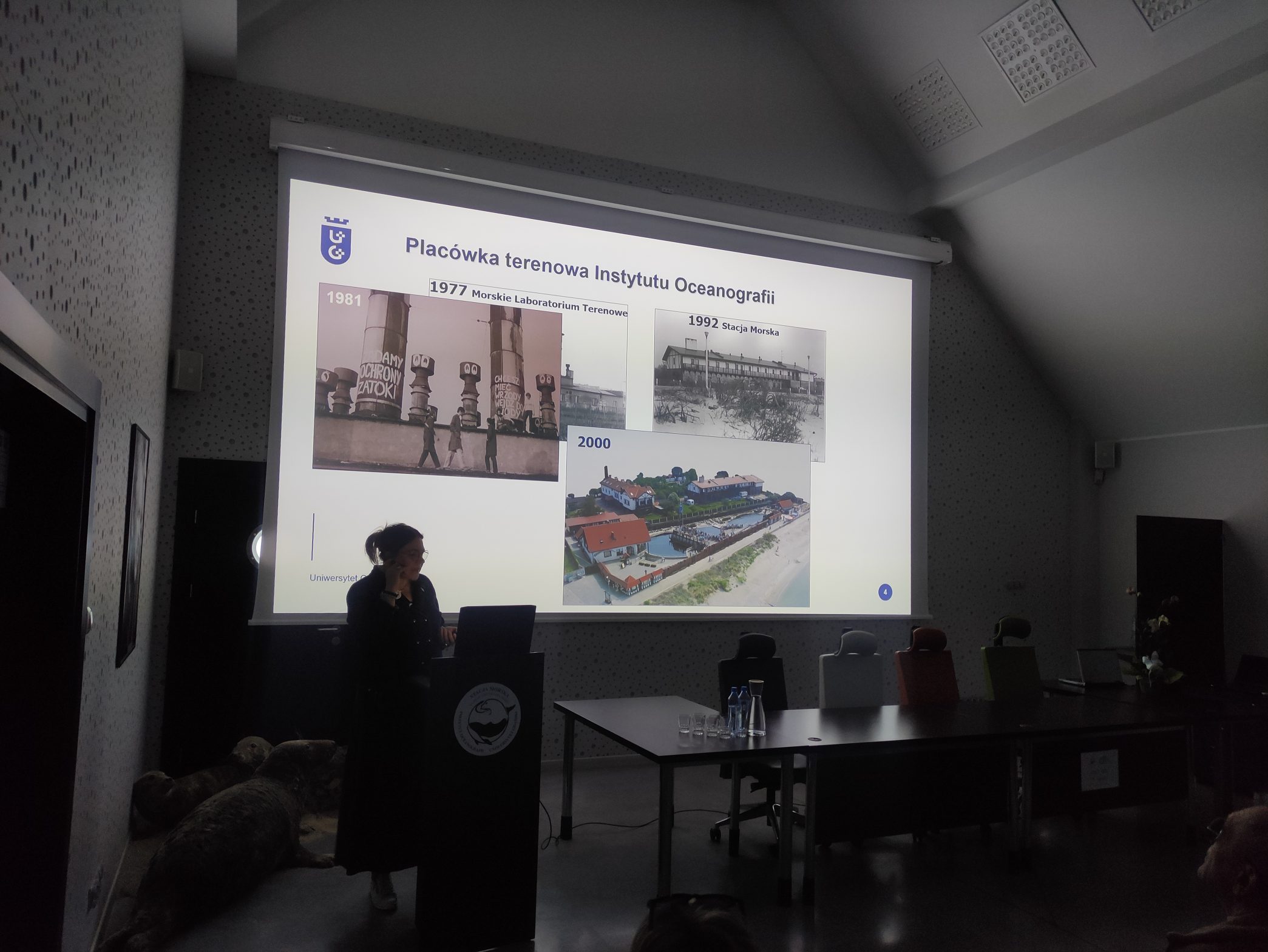 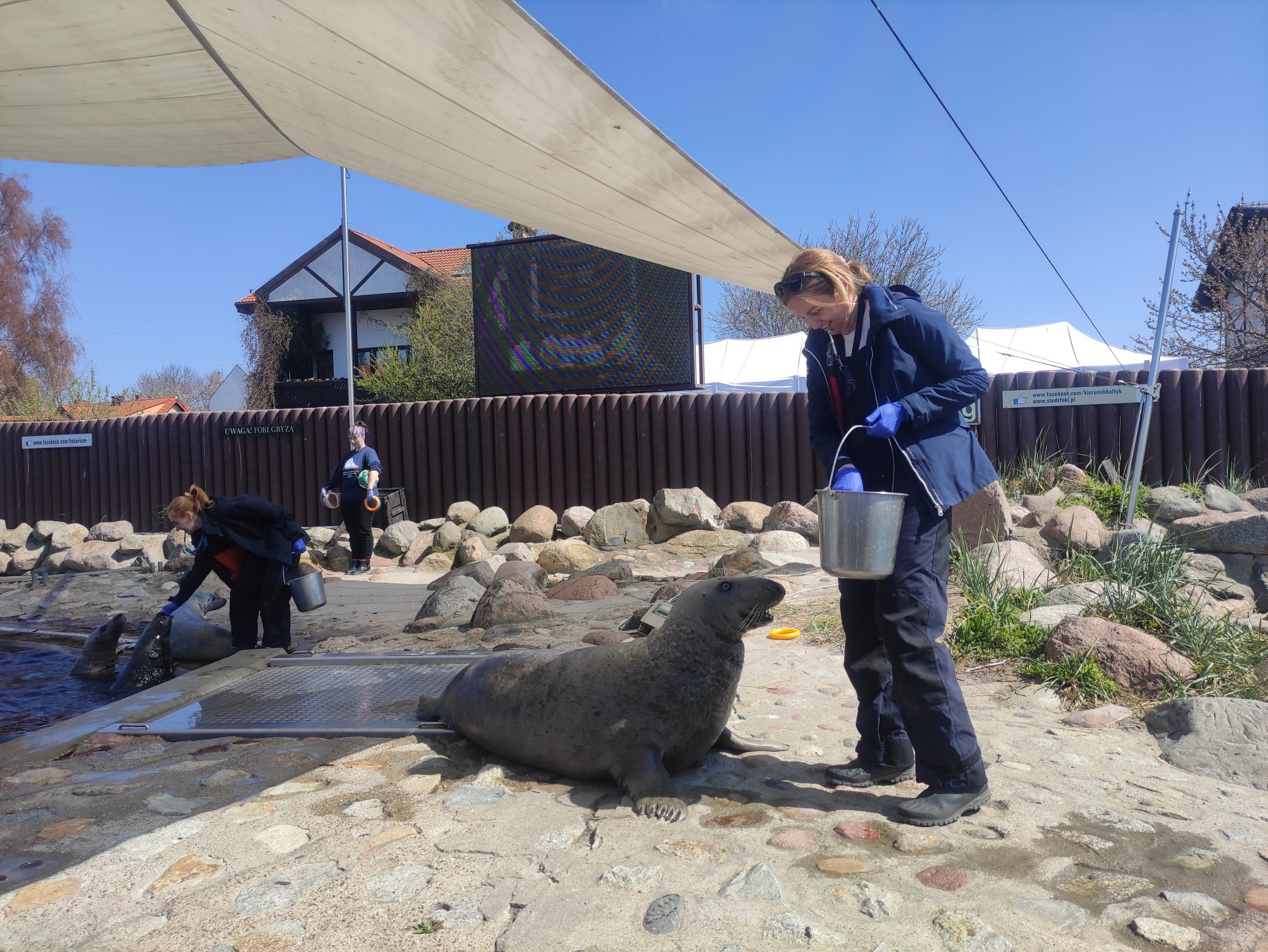 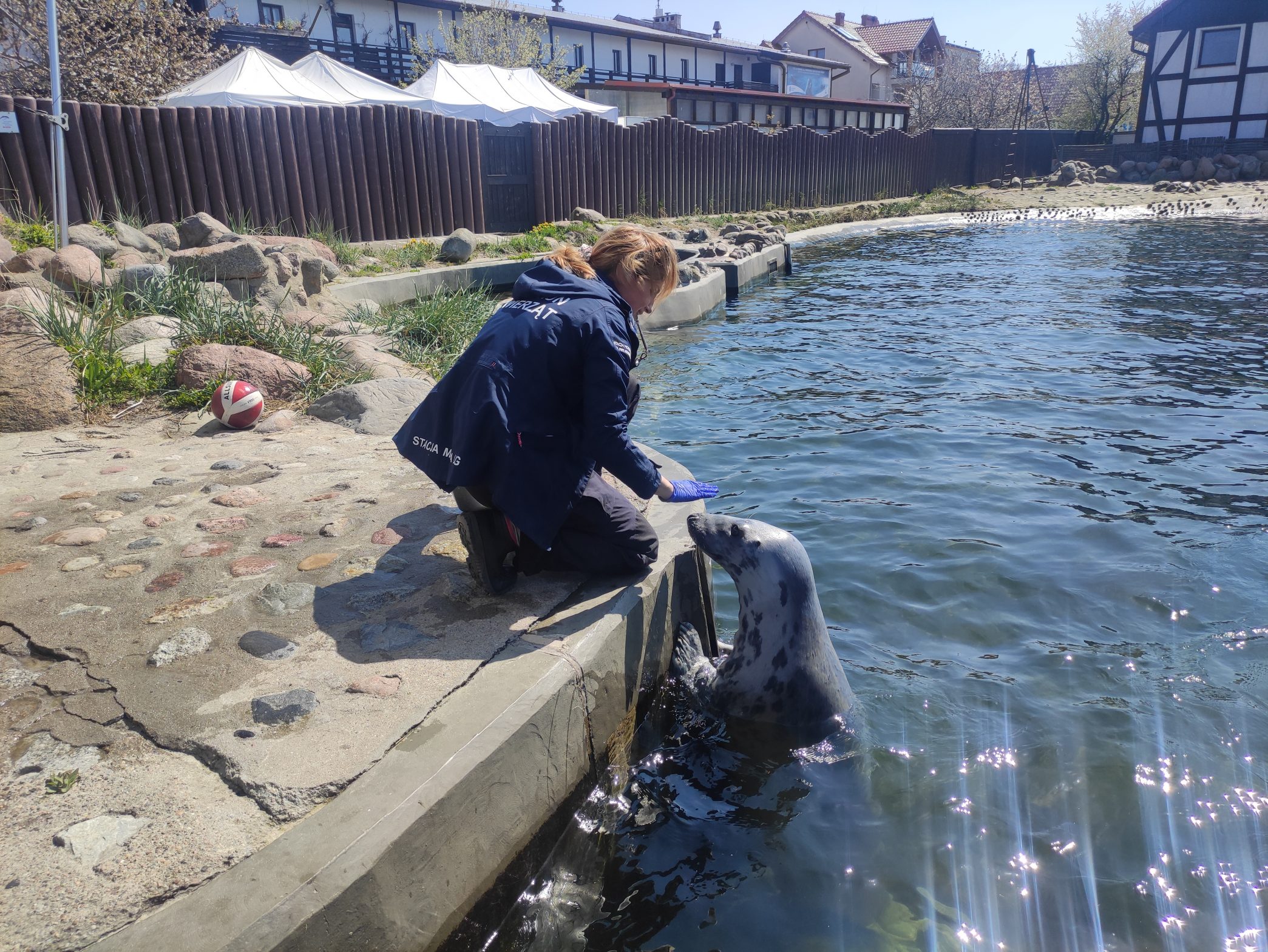