In the Culture for Sustainable Development Programme, we critically ponder the role of culture in the attainment of the Sustainable Development Goals. Culture is the basis for understanding the strategies and actions taken in the process of working towards the goals of the 2030 Agenda. In the CSDUG we conduct research related to culture of (for) sustainable development, initiate discussions on significant challenges of the modern world, create a virtual shelf with books related to the  SDGs, we undertake activities aimed at promoting the vision of building a better world for the benefit of the inhabitants of the planet and its repair, focusing on 5 areas known from the 2030 Agenda: people, planet, prosperity, peace, partnership. 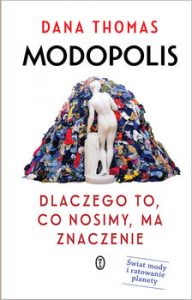 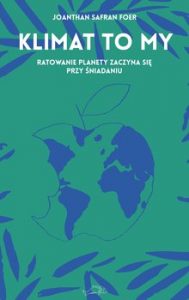 It is hard to disagree that today culture, regardless of its definition, is the basis for understanding relationships between economic, environmental and social issues. It was defined as the fourth pillar of sustainable development by J. Hawkes [2001], and in 2013 the UNESCO declaration was adopted, in which culture became a key strategy for the attainment of sustainable development [UNESCO, 2013]. In this document, culture is considered the basis of socio-economic prosperity, but at the same time the lack of sharpness of this concept leads to difficulties in introducing culture into sustainable development policies, into specific development strategies at the global, regional or local level.

If, according to the idea of sustainable development, we should leave the Earth in such a good or better condition for future generations than we found it [Burtland], culture should constantly become a forum for open conversation between entities, inspiring humanity with creative ideas, encouraging critical thinking, mutual respect, empathy, trust, motivating to take risks in important matters. Through cultural activities, it is necessary to constantly activate various types of communities and encourage them to work for the development of society. Active cultural life entails the promotion of democracy and creates conditions for the development of civil society.

Culture should be perceived as an integral part of the very concept of sustainable development. As the fourth pillar of sustainable development, it brings into society basic values that are no less important than ecological, social and economic issues. Fundamental values that guide a specific community support the development of culture and enable social advancement. The variety of cultural expression forms, innovative ways of introducing art and culture into the social space contribute to building a civil society.

Culture enables ecologically sustainable development. In this role, culture is seen primarily as a tool that helps us to explain and put into a proper perspective the challenges, especially the ecological ones, that the world is facing. It is also perceived as a medium that can connect and balance other pillars of the SDG concept, as without culture there is no interaction between ecological, economic and social perspectives in sustainable development.

In this perspective, culture is usually understood very broadly. It becomes synonymous with human action and interaction – and it is obvious that there is no society without it. It is an action in itself, the foundation on which all actions rest, seemingly having little to do with it. Culture integrates all the components of sustainable development by addressing the issues of:

allowing artists and other people involved in the sphere of culture freedom of expression;
contributing to economic growth by supporting the creative industry;
strengthening peace in post-conflict areas through artistic and cultural activities;
promoting dialogue and intercultural cooperation.

Literature of (for) sustainable development

Sustainable Development Goals – SDGs is a plan of action for the change and transformation of the world, in which the needs of the present generation can be met in a sustainable manner, respecting the environment and taking into account the needs of future generations. 17 Sustainable Development Goals and 169 related measures constitute the basis of the 2030 Agenda for sustainable development of the world, taking heed of economic, social and environmental aspects. This plan points to the most important challenges of our time. It presents a vision of building a better world for the benefit of the inhabitants of the planet and its repair. It focuses on 5 areas: 5xP: people, planet, prosperity, peace, partnership. In public opinion, three pillars of sustainable development include ecology, economy and society (Zapf 2016, 15). For some time, culture has been recognised as the fourth pillar of sustainable development [UNESCO, 2013]. At the same time there is a concept of sustainable art denoting artistic activities characterised by environmental awareness, counteracting violence, rejection of the anthropocentric model and initiatives to shape democracy and social justice (Fowkes, 2015). The concept of ecocriticism has become established in Poland, which is a category that describes interpretative trends focused on texts (not only literary ones) as a source of knowledge about the relationship between humans and their environment (Czapliński 2017, Ubertowska, 2018, Tabaszewska 2018). Ecocriticism concentrates on the extensive relationship between literature and the environment. Cultural theories of literature regard literature as one of many (not the most important) symbolic practices subjected (by discourse) to social rules of production and control. The author and the reader are called to their roles not by their private preferences, but by the prevailing ideologies and ways of cultural positioning: gender, class and ethnic affiliation. Literary scholars analyse stereotypical representations that have become a matrix in the process of creating local identities, and trace strategies of constructing meanings in cultures subordinated to the imperial centre. At the same time, research is carried out on texts unifying cultures or social groups and on those that oppose such attitudes towards religious and social minorities in the structures of a given community and the relationship between the centre and the margin. The described research focuses on individual issues important from the perspective of the 2030 Agenda, creating new interpretations and discourses, which, however, remain separate from each other. Ecocriticism, for instance, focuses on the environment, not referring to other problems of the modern world.

Sustainable development literature would include artistic texts which refer in their content and form to the goals and objectives of the 2030 Agenda. Sustainable development in the textual sense in the field of literary research is not a fixed or uniform concept, but a field of interdiscursive resonances that are not in the foreground, but clearly contain the radical potential of literary art, both in terms of cultural criticism and aesthetic experiment.

How is reference made (on many levels: e.g. textual strategy) to five areas recognised as key in the 2030 Agenda: people, planet, prosperity, peace, partnership in literary texts (not only strictly literary, also borderline and experimental)? In what kind of texts – and in a broader way of speaking – that can address current problems, can we find problems, issues, questions, doubts that resonate with those expressed through the Sustainable Development Goals?

Dana Thomas, Fashionopolis: Why What We Wear Matters 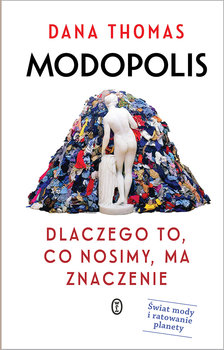 Billions of people buy clothes every day without thinking about whether they really need another pair of trousers, new shoes or a dress. We do not think about the consequences of our purchases and the impact of consumerism on the fate of the planet. We do not see the relationship between the contents of our wardrobe and climate change. Dana Thomas invites the reader for a trip to New York’s former Clothing District, Asian sewing factories, ateliers of famous designers, citing information about the impact of fast fashion on the environment. However, she goes a step further, showing that our clothing choices have an impact on the reality that surrounds us.

The book introduction opens with a photo of Melania Trump’s back during a visit to a Texas refugee centre in 2018. The then first lady of the United States wore an olive parka by the Spanish brand Zara with a carelessly scrawled white text: “I really don’t care, do you?”. This jacket was considered a symbol of the first lady’s attitude towards the visited place, and for the author of the book it was a sign of the consumerism of the elite. The jacket was produced by Zara, the largest fashion brand in the world, it cost USD 39, it was made of conventionally grown cotton, the production of which causes the greatest environmental pollution of all branches of agriculture. Such a low price proves production in developing countries, where there is no supervision over employee safety, and wages are on the verge of poverty. One may wonder how many times the first lady had an opportunity to put on the parka with the significant text.

The case of Melania Trump is a neat rhetorical introduction taking the reader to the world of fabric and clothing production. Thomas guides the reader through the historical threads of the textile industry, gives numerous statistical data, but above all draws attention to the consequences of consuming fashion. Reading about the history of specific brands, dyes, materials, we enter the world of the fashion business with its pros and cons. The latter undoubtedly include the impact of fast fashion on the environment, abuse of workers and numerous disasters in factories.

The reader is asked to answer the question about the cost of buying clothes in fast fashion stores. One may wonder, however, whether the addressee of Fashionopolis is an average consumer who acquires attire in fast-fashion stores for financial reasons, or privileged people, whom the author shows that blindly following trends and excessive consumption of clothes from cheap fashion stores is the cause of irreversible changes in the environment.

Jonathan Safran Foer, We Are the Weather: Saving the Planet Begins at Breakfast 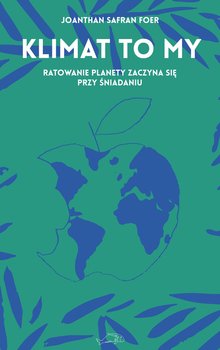 Jonathan Safran Foer has already accustomed the Polish reader to taking up topics important from the global perspective, by discussing the issue of meat production in Eating Animals, as well as the local issue, by publishing Tree of Codes – a book written using the English version of Bruno Schulz’s short stories. Bestselling Everything is Illuminated must be also mentioned, in which historical and European threads come to the fore. In 2019, the writer returned with a book that cannot be ignored. We Are the Weather: Saving the Planet Begins at Breakfast was regarded the best book of 2019 by the Financial Times and The Guardian.

Foer’s book, published in Poland in 2020, has a chance to open the eyes of many doubters who deny that climate change occurs as a result of human activity. The author writes about the dilemma of our times in a very personal way, continuing the narrative known to the reader from Eating Animals: man has turned our planet into a farm for growing animal products, and the consequences are catastrophic. Global changes are difficult to introduce, but each of us can do one thing today – revise the content of the lunch box. Foer cites data and facts about climate change, but personal dilemmas of the author, who also occasionally eats a burger, are in the foreground.

Due to a personal narrative, the book undoubtedly forces you to reflect on your own choices. But is giving up meat and other animal products a sufficient change to speak of saving the planet?